A note from the author:

This Web site also has a book about an American girl who goes to boarding school in England. (Before she does that, she and her friends put on a play of Rumplestiltskin, which is how this story got up here: so many kids wrote to me asking me where they could read it that I put it on my Web site -- and then they asked for other good stories so I put this up, too.)
Chapter One of Blow Out the Moon (now a published book because so many people wrote to me about it!) 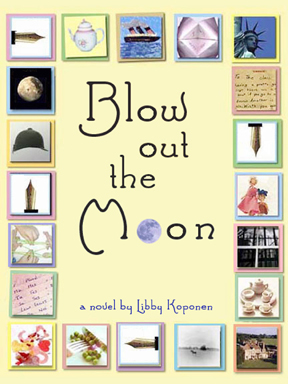 You can also get the book at your library, a bookstore, or order it from barnesandnoble, amazon. If your bookstore or library doesn't have it they can order it for you.

If you got to this page from reading the chapter about the play, I'm glad you like the book so far and I hope you keep reading!