P.1 of Rhiannon's Version of Blow Out the Moon

A NOTE FROM LIBBY: This is Rhiannon's cover.

Many children have written to me asking why the book is called Blow Out the Moon. It comes from this poem:

In the poem, the girl is made to blow out the lamp. Lamps then burned gas or kerosene and to put them out, you blew them. In the poem, she blows so hard that she blows out the moon -- her feelings are so strong and so powerful that she has the power to put out the moon. My title is encouraging kids to do that -- to have those strong feelings and
the energy and power that goes with them (many people lose this as they grow older). It doesn't say someone DID blow out the moon; it's saying to do it, go for it -- blow out the moon!

THE BOOK THAT STARTED IT ALL 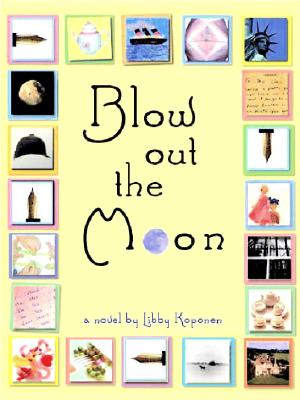 You can get the book that started it all, Blow Out the Moon,
in libraries, bookstores, and online at amazon.

(In case you got here from another site: Blow Out the Moon is a novel about an American girl who goes to boarding school in England. You can read parts of it online.

Read Chapter One of Blow Out the Moon

It is a published book because so many people read it online and wrote to me about it! The paperback is coming out in May -- which cover do you like better? 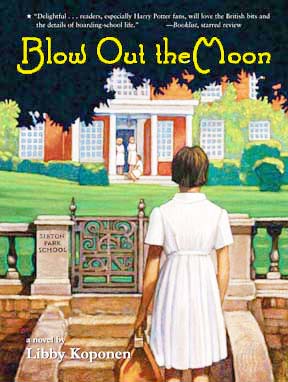 You can also get it at your library, a bookstore, or order it from barnesandnoble, amazon. If your bookstore or library doesn't have it, they can order it for you.